A small village with a long and rich history. The surrounding mountains are well-known for the famous line of forts of the World War II and the few Greek soldiers who held out bravely against attacks by German divisions in April 1941. On the hill near the village of Ochyro, we can visit the impregnable Fort Lisse. Lisse consists of five large and five smaller watertight underground bunkers, which include privates’ barracks, commanding  officers’ headquarters, kitchens, ammunition depots and other places connected to each other with narrow tunnels, ending up in pillboxes, emplacements, mortar pits, watchtowers, and other ground defenses. Around the hill there are anti-tank trenches, anti-tank obstacles form iron and concrete, etc. The "Heart" of Lisse is the "Command Station" at the top of the hill, where now is an imposing marble cross. From here, Major Georgios Detorakis, the fort commander, led the fight against the Germans. The bunker also housed an infantry detachment, a mortar squad and the only anti-aircraft gun of the fort, which is still preserved in a very good condition.

Every year, under the watchful eye of the metal statue of the Greek soldier that continues to guard the passage holding a bayonet, the anniversary of the battle is celebrated. In addition to the various commemorative events, the visitor can visit the small War and Folklore Museum, as well as be guided in the maze-like underground tunnels of the fort. This experience will surely live vividly in your memory forever. Within other time periods, you can visit the place on an organized tour, following arrangements with the Municipality.

Just outside the village there is the chapel of Agia Paraskevi and Zoodochos Pigi within a lush landscape, equipped with benches and a recreation area. 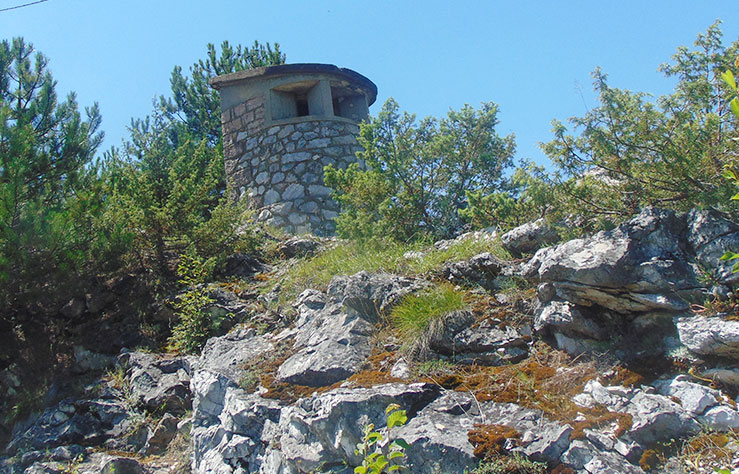 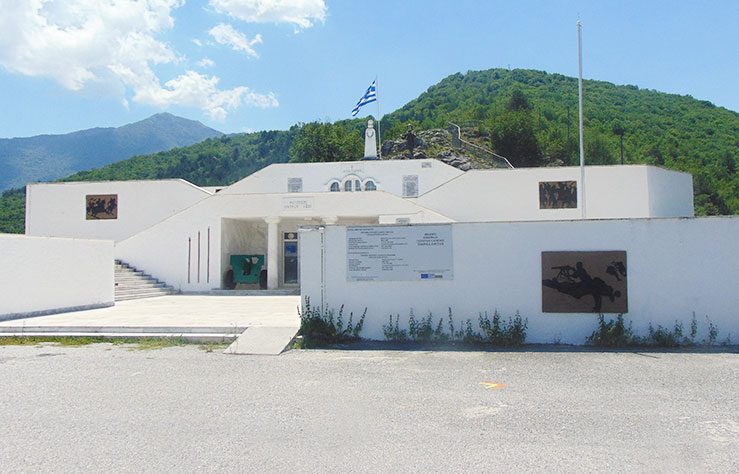 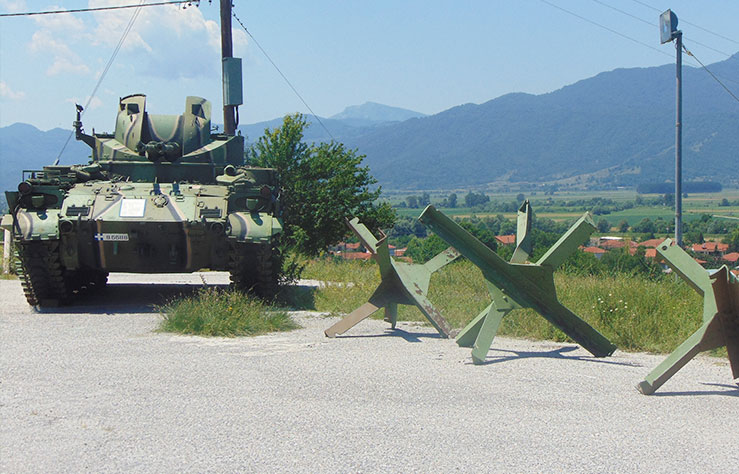