The foundations for the creation of the Domain were laid in 1979 with the plantation of the first linear vineyard in Drama in 1979 by Costas Lazaridis, which made him a pioneer in the area.

Domain Costa Lazaridi SA has been listed since 2000 and has always been aiming at quality assurance by investing in state-of-the-art equipment. It produces 1,000,000 bottles per year, exports about 50% of its production to more than 23 countries and employs 180 people as permanent and seasonal staff.

Today it cultivates 3000 stremmas (741 acres) in 4 areas of the prefecture of Drama. The vineyard of Katafyto is located at an altitude of about 900 meters, covering an area of ​​355 stremmas (88 acres) and it is undoubtedly a jewel for the prefecture. It was planted in 2014 and is situated in the municipality of Nevrokopi, on the slopes of Mount Orvilos (2,212m). It was selected by the scientific team of the Domain for the region’s special climate conditions that shape the special character of the varieties grown. These are mostly Greek and international varieties that love coolness such as Malagousia, Sauvignon Blanc, Chardonnay, Merlot etc.

Nativeness played a decisive role in the selection of manpower employed in this particular vineyard; thus, the majority of the employees comes mainly from the area where they live.

The wines produced in Katafyto have established themselves on the world wine scene, winning numerous international awards, with the vineyard of Katafyto being a cornerstone of the Domain Costa Lazaridi. 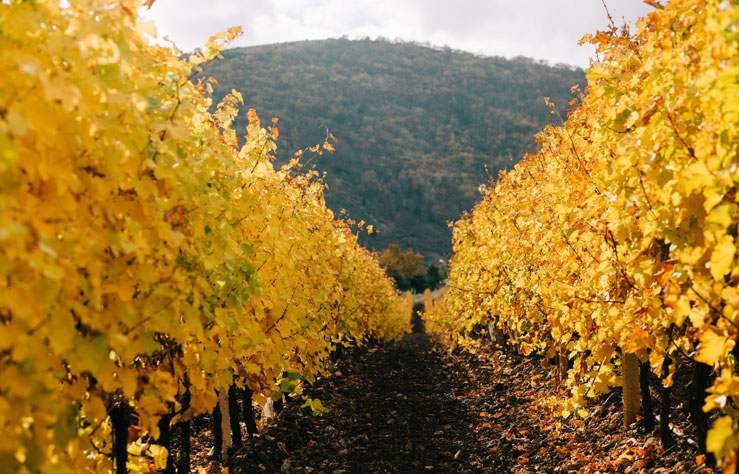